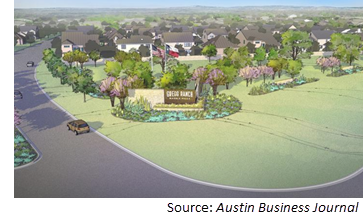 MARBLE FALLS – Harvard Investments is developing Gregg Ranch, a 240-acre, master-planned community in Burnet County near the intersection of SH 281 and SH 71.

The development will have 700 single-family homes and 550 multifamily units.

The project's central community area will have an outdoor pool, covered porch, barbeque area, dog park, games such as bocce ball and horseshoes, and jogging and biking trails.

Pulte Homes is the community's first builder. It will begin pre-sales on the first 100 homes this year. 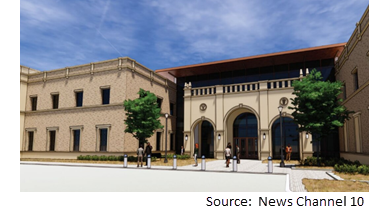 AMARILLO – The Texas Tech University System Board of Regents has approved $90 million for the Texas Tech School of Veterinary Medicine.

The 185,000-sf, two-story vet school building will accommodate 400 students and include break-out rooms and office suites.

Construction will be complete in fall ​​2021.

The Real Estate Center​​​​ has more information like this online for free: 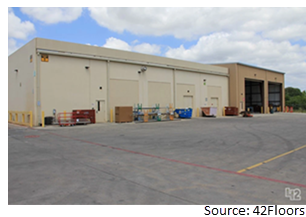 SCHERTZ – HPI Real Estate Services & Investments has purchased a vacant 409,685-sf distribution center at 1150 Schwab Rd. along the I-35 corridor.

According to LoopNet Inc., the site was developed in 2008. It includes 78,500 sf of office space and land for future expansion.

​AUSTIN – Texas' unemployment rate inched up a tenth of a percentage point over the month to 3.5 percent in December, breaking a five-month streak of record-low unemployment, according to the Texas Workforce Commission.

The Texas metro with the lowest non-seasonally adjusted unemployment rate was Midland at 2.1 percent. McAllen-Edinburg-Mission had the highest at 7 percent.

The construction industry had the most seasonally adjusted growth in employment from December 2018 to December 2019, growing 7.​​​​​​​​​​4 percent. The mining and logging and information industries were the only two sectors to see a drop in employment, falling 3.8 and 1.2 percent, respectively.

24 Jan Texas second most popular state in 2018 for relocating

​​​AUSTIN – Texas ranked second in the nation for relocation activity in 2018, according to Texas Realtor's 2020 Texas Relocation Report.

"For the sixth year in a row, more than half a million people chose Texas as their new home," said 2020 Texas Realtors Chairman Cindi Bulla. She cited the state's business-friendly environment and diverse culture as primary drivers.

According to the report, which analyzes the latest migration data from the U.S. Census Bureau and U-Haul, Texas welcomed 563,945 new residents in 2018.

Dallas-Fort Worth-Arlington had the highest number of incoming residents from out of state (200,966). At the county level, Harris County led the state with a net gain of 80,572 out-of-state residents.​

The Lone Star State also welcomed 201,559 new residents from outside the United States in 2018.